This article is about another aspect of getting Twitter followers.

Back in November 2018, we decided it would be a good idea to grow our Twitter followers. We had 19! Don’t get me wrong, we do a lot of digital marketing such as social media and writing blogs. Just not our own! By the first week in January by just spending just a few minutes a day, we passed 1,000 followers. Great, but even though we were still getting around 10 new followers a day our numbers weren’t going up.

What could be happening?

After, a particularly good day I saw that we actually had 1 less follower than in the morning. I decided to investigate. By clicking on who you are following you can see who is following you back and who is not. We all have people we follow who are leaders in your field or just some that publish Tweets that interest you. Other people you follow will be somehow related to your industry and hopefully will have followed you back. Then there is the third group who don’t know you but are trying to build up their numbers. They hope that by following you, you will be polite and follow them back. These were the problem.

What Were They Doing?

The third group of Twitter followers who had followed us was turning off their ‘follow’. This meant they no longer followed us.

Why were they doing this you ask? It is all about appearances. By waiting several weeks before unfollowing us they were hoping we wouldn’t notice. To appear to be a success on Twitter you need more people following you than you follow. By unfollowing us and thousands of others I am sure they would vastly improve their numbers.

So What Should You be Doing?

We find by checking our Twitter account about once a month we can get rid of these wasted ‘follows’ and improve our own Twitter appearance. Luckily a lot of the people following us are in the industry and we do give them a ‘Follow’ back.

If the idea of Twitter is both attractive AND scary why not contact us and let us help you run it. The more people who know about your business the better the chance you have of making a sale. It is only common sense really. 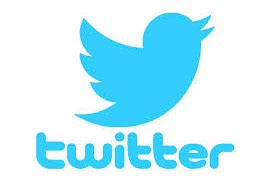